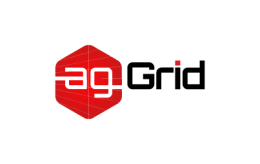 For a high-level introduction to writing plugins, start with writing a plugin.

Many objects in webpack extend the Tapable class, which exposes a plugin method. And with the plugin method, plugins can inject custom build steps. You will see compiler.plugin and compilation.plugin used a lot. Essentially, each one of these plugin calls binds a callback to fire at specific steps throughout the build process.

There are two types of plugin interfaces...

A plugin is installed once as webpack starts up. webpack installs a plugin by calling its apply method, and passes a reference to the webpack compiler object. You may then call compiler.plugin to access asset compilations and their individual build steps. An example would look like this:

The plugin architecture is mainly possible for webpack due to an internal library named Tapable. Tapable Instances are classes in the webpack source code which have been extended or mixed in from class Tapable.

For more information on Tapable visit the complete overview or the tapable repository.